Sorry for the lack of posts on this particular section; as I haven’t been eating a lot of food/skipping meals due to my sleep schedule. I find myself super lethargic during the day, and I’m not too sure what’s causing it.

Anyway Splinter and I decided that after a trip to the dentist we should treat ourselves (I also had to resist the urge to buy an ice cream making kit. There would be no such thing as moderation if I brought it home.) 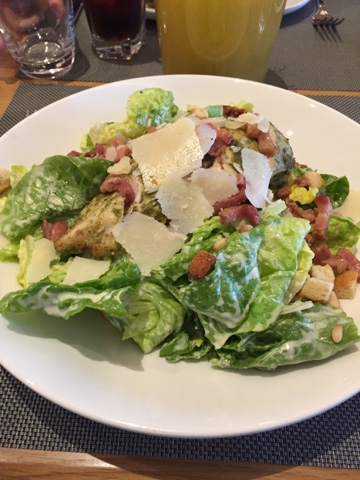 Now while I don’t usually go for salads, and it was an expensive salad at that (€15) I was genuinely surprised how filling it was. Even now, several hours later I’m still full from my salad & don’t think I’ll be making dinner tonight!
It’s completely changed the way I’ve looked at salad & I’m a die hard fan of the phrase “if it’s not meat it’s not a meal.”

That’s what I had taken directly from the menu itself. I’ll place a link down below for anyone who wants to check out the menu for themselves.
Upon taking my first bite I had my reservations, it tasted extremely vinegary.
Once you started combining the textures & flavours of the bacon with the lettuce and pine nuts or the exceptionally well-cooked chicken (still remaining moist well after it was cooled) with the croutons and tomatoes. It became a harmonious melody of flavours and combinations that was always refreshing every time you took a bite and was brave with the taste changes. 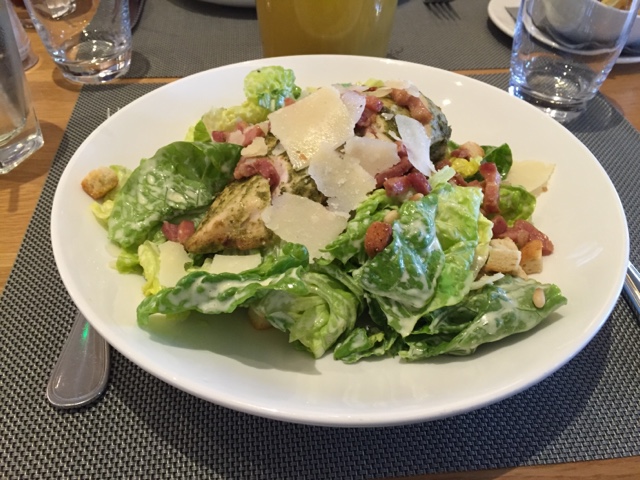 The one complaint I’d have about it is that my palate may have been a little too confused. When I got to midway through my salad and had run out of a drink. I didn’t know what I should drink to complement the salad. I only didn’t know, which was unusual for me. I think it had to do with the flavour combinations that I was putting together where just one pairing may not have worked 100% of the time. But that’s a small enough gripe for something that was so substantial. Everything about the food was superb.
For those who are interested Splinter had the steak and eggs with soda bread. 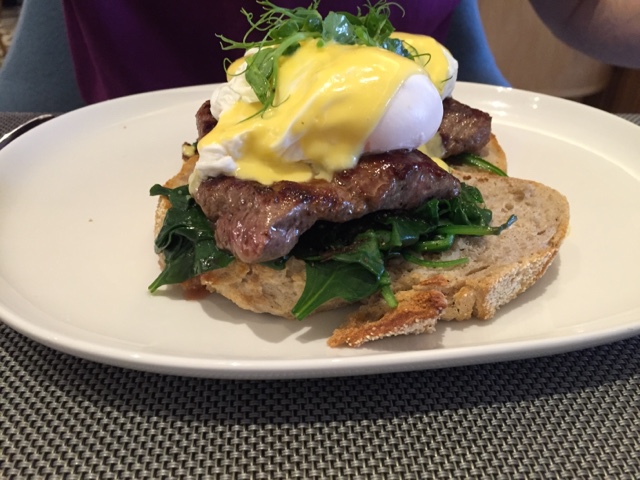 Now eggs are one of the things I cannot eat. I just don’t like the taste or smell of them, which arguably would make me a poor food critic but how and ever. I just think we all have things we don’t like.

I can happily inform you that the soda bread which I tried was incredible. Whoever does the baking in The Restaurant should be incredibly proud of themselves, it’s how proper soda bread should taste. Had all the pop flavour but yet was still rustic but soft. To me the personification of perfection.
Splinter also reports that the steak was “excellent” and the egg was “Epic, beautiful and funny as soon as I cut into it.
And I’m afraid that’s all the food critique you’ll ever get out of Splinter.
For those of you who frequent Dublin City regularly, and want a good meal for two without a massive price tag but doesn’t skip on quality: then we’d highly recommend The Restaurant. The atmosphere is very pleasant, the staff are warm, and the pricing is overall for the quality of the food you’re getting very reasonable. Including drinks, the food (including a side of fries for Splinter) it came to €46.
http://www.brownthomas.com/content/ebiz/shop/page/brown-thomas-dublin/restaurant-main-menu-27-05-15.pdf

I’ll admit it. I’ve never been a massive smartphone gamer. I never saw the appeal of sitting there mindlessly playing something that didn’t feel substantial.

Gaming for me is not just an exercise in escapism and artistry but in storytelling. None of which I ever felt was present in smartphone games. I never felt there would be enjoyment to have over playing a game that stopped you playing it.
I understand now that I may have just been missing the point.
Line – Tsum Tsum is a puzzle game that its aim is about clearing the screen. A bit like a round about Tetris, except your matching Disney characters up to clear the screen. 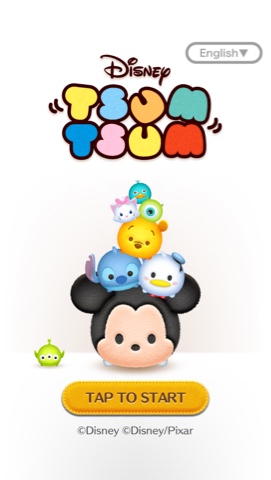 It’s strangely addicting. I think it’s the colourful, risk free setting where there is no failure. You still receive coins and pints even if you score badly and it doesn’t discourage you from keeping playing.
There are microtransactions but even after playing for over a day now, I don’t fee like they are pushed in my face. There is the options to buy hearts and rubies (I haven’t seen any to buy coins) which will either give you more game time or if you’re close to beating your high score will give you an additional 1 seconds to beat your score. It’s creative, and doesn’t feel pressured. It’s little wonder this is so popular in Japan where this originated.
It’s made me change my mind about smartphone games. Which is something I didn’t think I’d say considering I didn’t like fallout shelter (and I really wanted to. I am just bad at it.) So I felt all hope was lost for me, when maybe I just hadn’t found the one yet!
Do you have any smartphone game recommendations? Let me know in the comment section below! 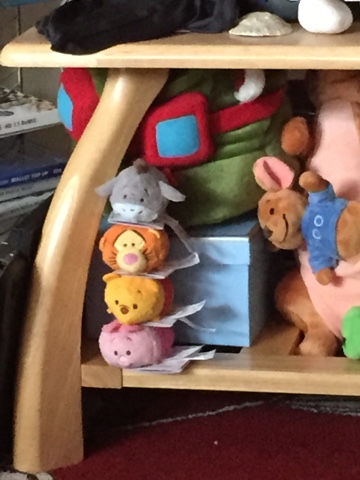