Check out my coverage on 100 Word Gaming

Have you ever wondered or worried about what would happen if you died? Well Afterparty takes the fear straight out of going to hell in this comedic yet sincere romp through the afterlife with your best friend. Your only way of going home? Beat Satan himself in a drinking game! It is truly hilarious.

I played Afterparty on Xbox One and on controller, and I found the controls to be a little bit inconsistent at the best of times and there are quick time events that would not suit people who have dexterity issues, but these are relatively slow events.

There are affiliate links in this post: any purchases make through these links helps support me in keeping this blog alive.

As we are getting into the PS4 latter years and with the announcement of the PS5 launching in the holiday season of 2020, it’s time to take a look back into what games are the must plays of a generation. This list has no strict rules except for one – where possible to avoid remasters. So I’m sorry but the Last of Us and Uncharted will not be making the list. I’ve also tried to keep the list specifically to one entry per genre where possible. So that there is a variety of options for people with all tastes and interests.

Nier: Automata is one of those games that the less you say about it the better. It’s a thrilling and engaging ride from start to finish. A game that demands the hours that go into it to get the most out of your time with it. This is not a game for those who are looking for a quick experience. Nier demands your attention and the only way to treat this dystopian science fiction is to go into it with an open mind and to expect the unexpected.

Kratos is someone who needs no introduction to long time Playstation fans. Known for slash and burning his way from the deep realms of Hades to the top of Olympus. The 2018 installment of God of War finds us with an older and more refined Kratos, who takes on a journey with his son Atreus to head to the highest point in the realm to spread the ashes of his recently departed wife. This adventure spans the entire realm of Midgar and beyond, and together both father and son learn the meaning of family and how there is no peek high enough or valley low enough to keep family apart.

Easily one of the most stylish and universally adored JRPG of the modern age. Persona 5 Royal is the semi-sequel to 2017’s critically acclaimed Persona 5. Persona 5 Royal is Persona 5 + and adds more story elements to the already brilliant base story. For those who have never heard of the Persona series, it is a story about a group of thieves who travel into people’s subconscious to reform people from toxic or evil behavior. Traversing this world they utilize the power of their alternative personalities or Personas and are able to use grand forms of magic to achieve their aims. Your player character is falsely accused of assault while trying to intervene in the attempted abduction/assault of a young woman. With a year of probation now under your belt, you’re sent to a family friend’s coffee shop where there you are to attend a new high school and try to keep your head down. But things start to go awry on your very first day where you meet a new friend and a mysterious cat.

It might surprise some readers to find this Souls game as the one of the generation. But for me this comes at a time in FromSoftwares development where they have really honed in the formula for what makes a Souls game great, but turns it on its head with a shift from more defensive tactics into aggressive moves. Bloodborne is about agility and the ability to take calculated risks while trying to outfox your opponents. It takes place in the most haunting realm of Yharnam where there was so much opportunity to delve deeper into what the world has to offer.

The much awaited sequel to the excellent Dragon Quest Builders comes Dragon Quest Builders 2 which does everything you’d ever want to from a sequel. More, and better. And it does so in spades having literal worlds to explore now, not just set areas where things get reset and mercifully no bosses that are illogical to the objectives of the main campaign. A stellar script suitable for kids and grownups alike. An expanded and more nuanced crafting system. It’s an absolute must.

Easily one of my favourite games of all time. FF XV is just a joy from start to finish. The starting scene sets up what the tone of the rest of the game will be for you. This is a coming of age story where you’re forced to watch a bunch of boys grow up a little too fast when their world turns upside down. It’s a testament to the bonds of friendships and what one must go through in order to grow. It’s sometimes silly, sometimes serious and sometimes sad. But it’s a journey worth taking.

Hellblade Senua’s sacrifice is something very special. As someone who deals with mental health issues – that are often fairly well documented in this blog – I’m always empathetic to the struggles of people with mental health difficulties. Senua’s situation and her journey is very relatable. It’s a crippling tale and often is one that is very difficult to walk through. I know personally I found walking in her shoes and seeing her face her demons to be tremendously tough, but its an experience that – like most things in life – can only be appreciated by the time you’re able to look back and see how far you’ve come.

It would be remiss of me to leave Fortnite out of this list. From the way it has introduced gaming into homes to making prime time media, it’s undeniable to say that Fortnite has surpassed its name as transformative media. It’s sparked dance classes based on characters’ movements or dances in-game. There have been multiple books on it as well as a ton of merchandise. So much so, if you go into clothing retailers on your local high street you would be able to pick up a Fortnite shirt somewhere. As its seasons roll on its popularity shows no sign of ceasing. A tribute to the mechanics of this battle royal shooter.

There were lots of choices for platformers for this console generation but the one that sticks out the most in my mind is Shovel Knight. Be I a fool for the graphic style or simply just watching too much Game Grumps, Shovel Knight has managed to plant itself as a favorite of mine. From creatively stunning level design to inventive co-op options to a fabulous sequel and add ons. If you’re into platformers and haven’t played it – its some of the best that there is to offer.

When you think racing games on PS4 Rocket League always seems to rear its head time and time again. It’s not too surprising to see why. This co-op driving game is easily accessible to new players while still proving a suitable challenge for experienced drivers. It certainly comes under the descriptor of “easy to pick up and hard to master” there will never be two matches that will be the same. With its unique options that unlock for your car customization the possibilities to express yourself are endless. And with online matchmaking, it’s an easy recommendation for anyone who owns a PS4.

Even €1 will help keep the blog alive 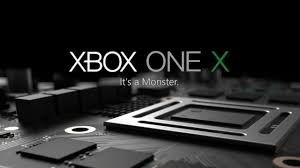 What we learned from Microsofts E3 2017 presentation was the unveiling of the Xbox One X. Formerly known as Project Scorpio. Needless to say, Microsoft’s offering has them coming out of the gate swinging!

The specs on this hardware are nothing short of impressive:

What you need to keep in mind about this hardware is that it is presently stronger than Sony’s offering the PS4 Pro. Microsoft claims it to be 40% more powerful than its competitor’s models, but it does beg the question that struck me when I first saw the specs. “Isn’t this super close to being a decently specced PC?”

Given that the exclusives for this console aren’t really unique (Given the fact that you can play the majority of these on Windows anyway) it begs the question as to why you would bother to the price point of $499?

The answer to that is relatively simple – you will not be able to get that true 4k resolution if it wasn’t priced that way. Given the graphical fidelity of it, it’s unsurprising to me that it is priced the way it is. However, I fear that the console may be a little bit before its time. HD TV’s have only become standardised in the last few years. 4k TVs are still very expensive, and I fear that most people may avoid getting it for this reason. Or even worse – that they don’t realise they will need a supporting monitor to get true 4k.

It’s down to the individual person as to if they’d notice a difference between Full HD or ULTRA HD and if making that leap to 4k would justify the price point for it. 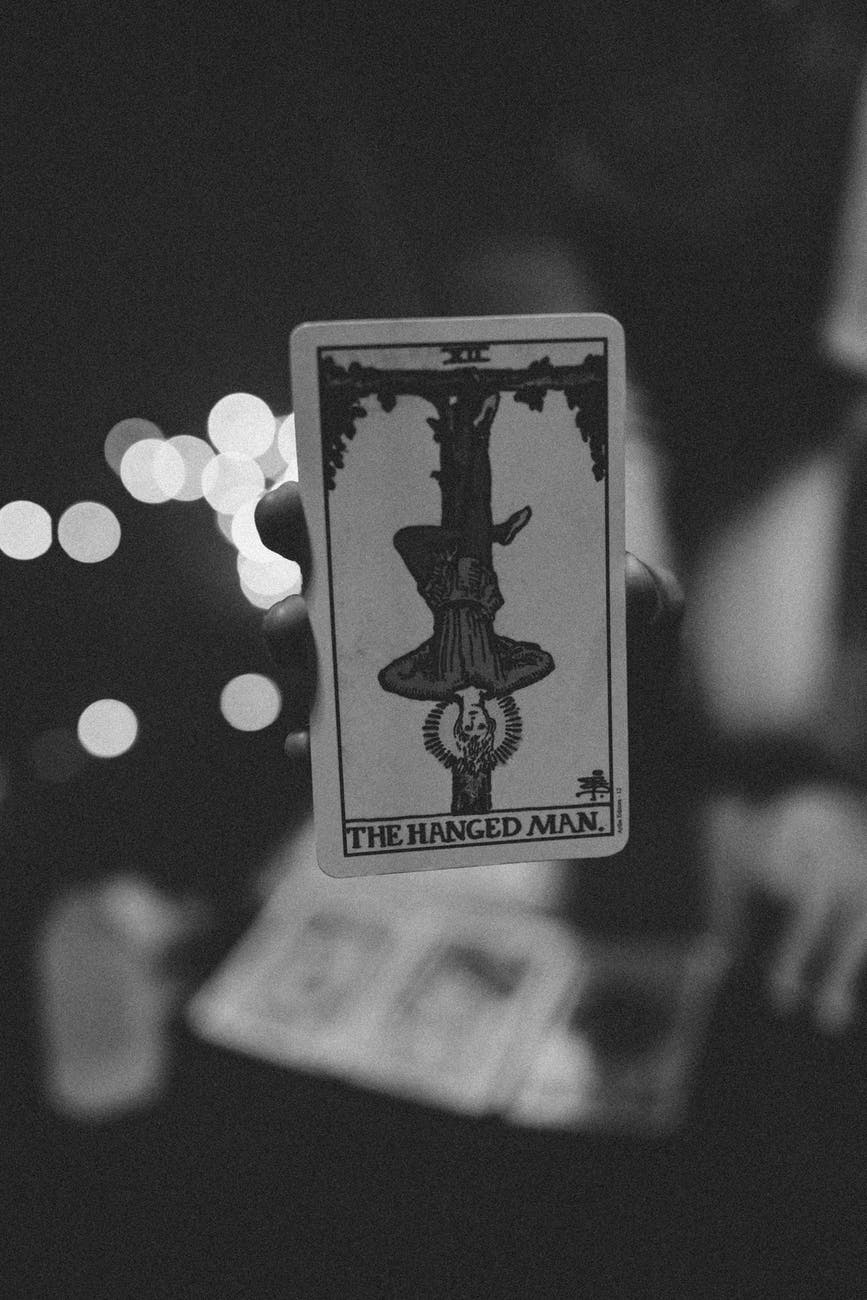